...Support Ferndale 115 News...
We depend on reader support to continue bringing you the best coverage possible of Ferndale news, events, and information.  Please donate what you can with the PayPal button below.... 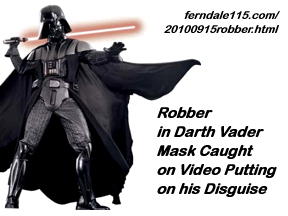 Putting on his Disguise

Thank you to Dino’s Lounge for sponsoring our POLICE REPORT section of news.  If you would like to sponsor any of our available sections, please email editor@ferndale.115.com. 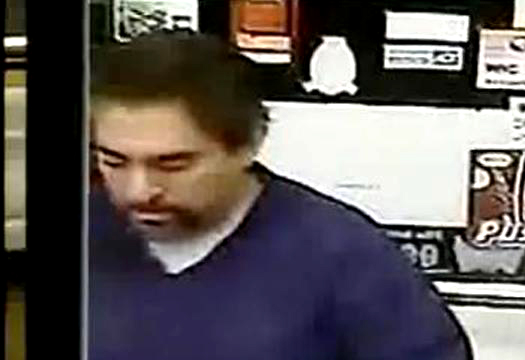 This is one for the world’s dumbest criminals.

The suspect used a butcher knife to threaten the clerk and demanded cash. The clerk complied by giving the crook cash out of the register. The thief then left on foot. Video shows the masked bandit committing the robbery. Video also shows the man walk into the store without his mask on, and catches him putting on his disguise.

Yesterday evening Ferndale police arrested a 41 year old Ferndale man for robbing the Get N Go store in his neighborhood. Store video caught the man putting on a Darth Vador mask before committing a robbery at knife point. Media agencies assisted by airing video and pictures of the suspect and asking for citizen input to identify the man. The response to police was positive and people called in identifying the person. Police followed up on the leads and went to the man’s house not far from the scene of the crime. Police did arrest  him, and the case is being presented to the prosecutor’s office.

More details will be available after a review and decision by the prosecutor. 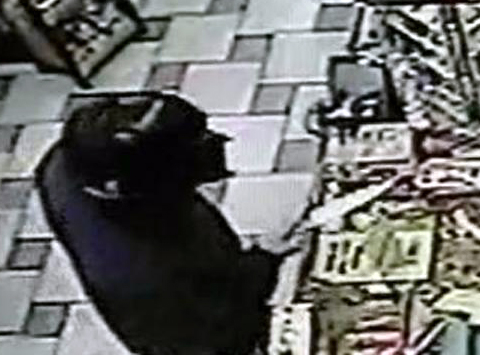