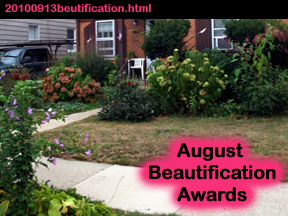 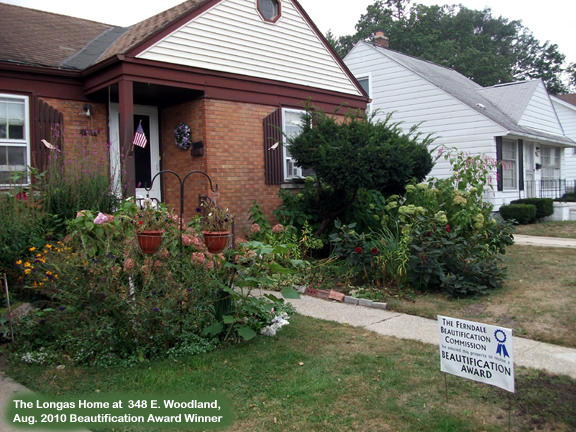 The August 2010 Beautification Awards were given out by the Beautification Commission on August 23, 2010.  Peggy Snow announced the awards, which are given in recognition of improvements to residential and commercial properties in the City. 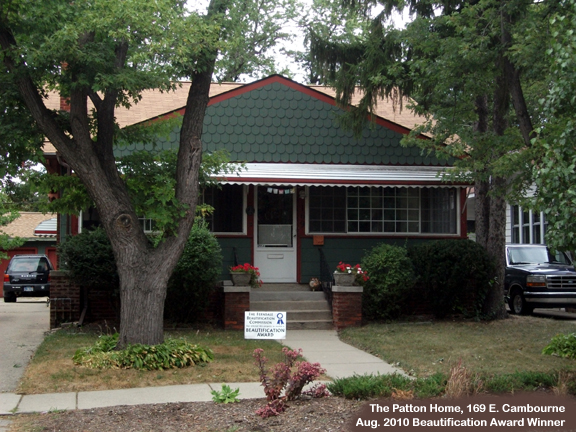 Sevasti Longas of 348 E. Woodland and Maggie Patton of 169 E. Cambourne received awards for the landscaping improvements done to their yards.  Sam’s Ferndale Grill, which has undergone renovations, was also given an award. 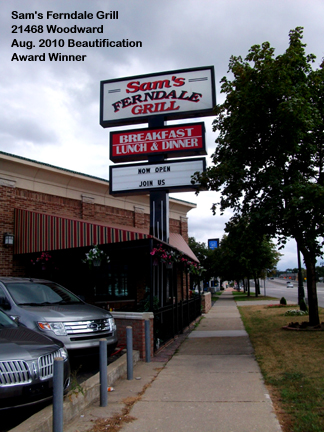