Ferndale Police Chief Michael Kitchen has retired after 14 years as Chief and 35 years on the force.  Captain Timothy Collins was voted into the position of Provisional Police Chief by the Council at the June 28, 2010 City Council meeting, and on Thursday, Sept. 9, 2010 Chief Kitchen said goodbye in a large retirement party held at Boogie Fever.

Surrounded by family and friends including wife Mary, two daughters and his mother Valerie, Chief Kitchen bid his farewell to the position of Chief, thanking many and indicating that he will still be keeping political watch.

Kitchen was honored with many plaques and gifts, including a Professional Service Award from the Michigan Police Chiefs Association, and a plaque made up of all his old service badges.  Councilperson and former officer Michael Lennon presented him with a watch, as well as some items he may need.  “Mary told me to get you out of the house, so here is an onion peeler for your new job, and also a hairnet… oh wait, you don’t need that,” Lennon joked.

Judge Joseph Longo also took the opportunity to poke fun, sharing a story of how he, Oakland County Sheriff Mike Bouchard and Chief Kitchen used to go to deer camp every year, without actually hunting.  He said Kitchen came home late one night too “tired” to put away his stuff, and his wife Mary opened the rifle case and found that it was empty.  “After that we actually had to go through the process of getting our licenses and bringing our guns so the wives would know we were really hunting, and not just up there drinking,” Longo said.  “Thanks Mike.”

Timothy Collins, who moved up to the position of Chief when Kitchen retired, said that he never had a better boss in all his life, and that he knows now that Kitchen wasn’t just back in the office playing solitaire for twelve hours a day.

Kitchen himself gave a short good-bye speech that was very similar to the one given at City Council in June (http://www.ferndale115.com/20100704kitchen.html), saying “This speech is going to be nothing but a thank you fest.  You can’t have a successful 35 year career without having lots of people to thank.”

The retirement party was also a fundraiser for The Ferndale Police Officers Association and the Ferndale Film Festival.  Dino’s Lounge provided food for the event.  Dino’s Lounge is also the sponsor of The Ferndale 115 News Police Report.  If you want to know more about what the police are up to, check out our special section: http://www.ferndale115.com/policereport.html. 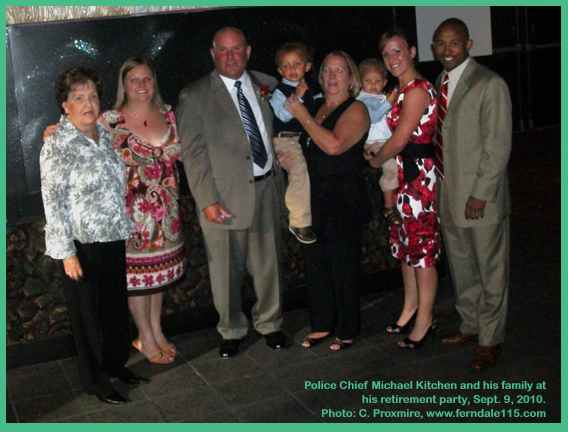 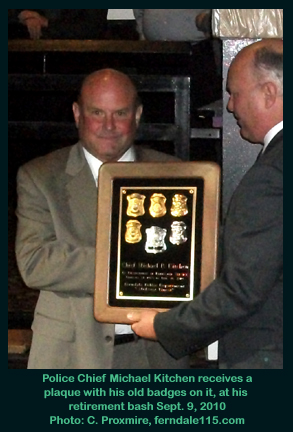 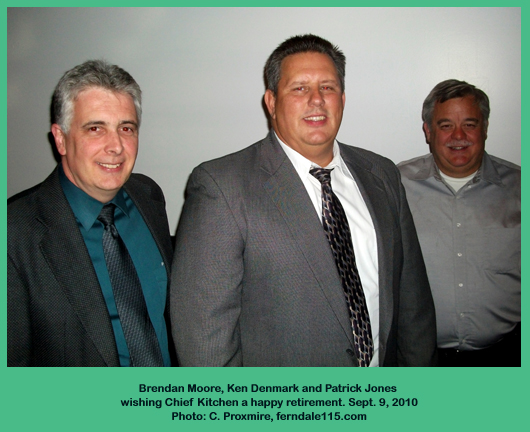 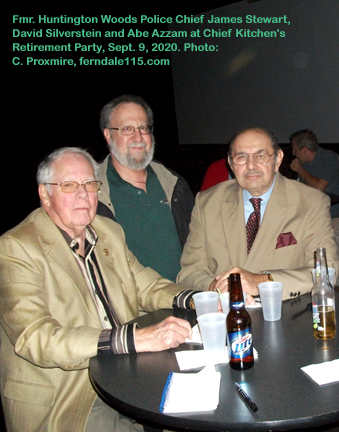 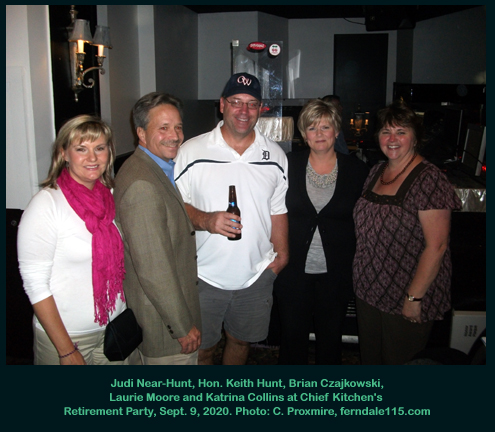 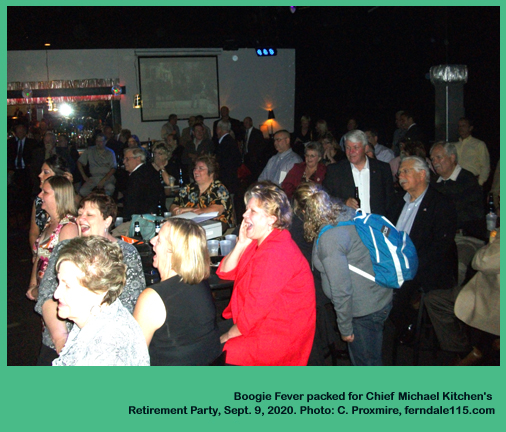 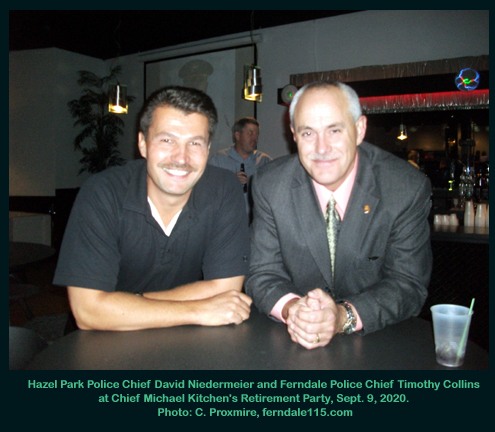 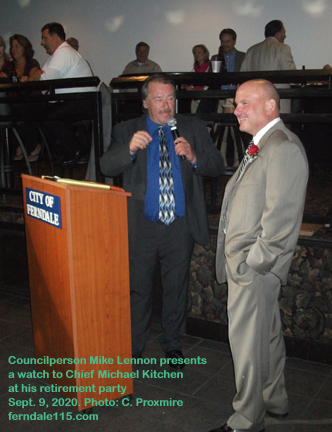 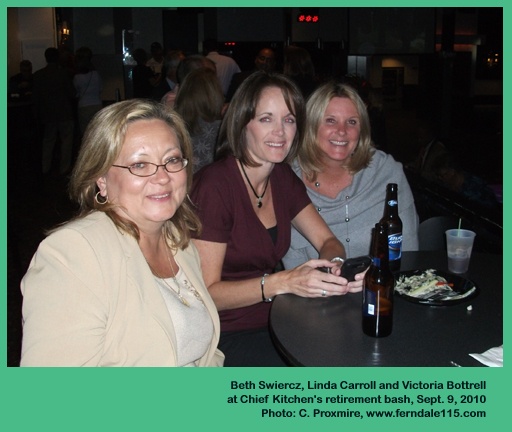 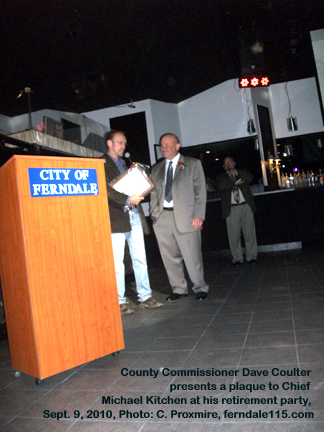