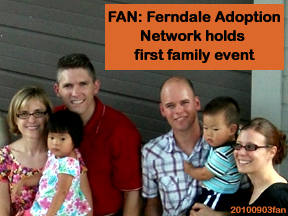 Little girls and boys made friends and played, while babies napped and moms and dads ate picnic food and talked about the adoption process.  This new group of friends, called The Ferndale Adoption Network (FAN), is made up of families with any tie to adoption.  People who have been adopted themselves, who have adopted or fostered children, and those who are trying to adopt.  There are children born here in the US, and some who were adopted internationally. But one thing they all have in common is the desire to live here in the Ferndale area and raise happy, healthy families. 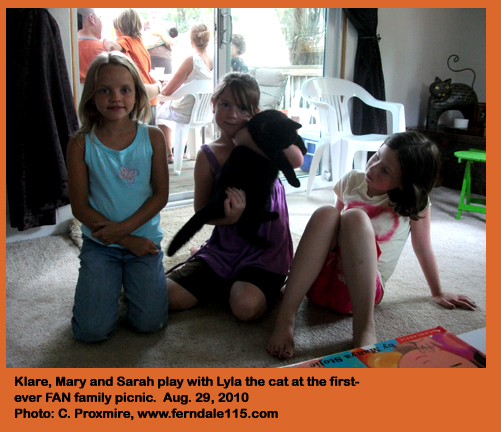 Julia Music started FAN earlier this year when her child Quinn was adopted.  She and husband Ido Meron have been excited to see so many families in Ferndale where at least one of the members is adopted.  “I expected there to be maybe one or two kids who were adopted, but there are so many.  It’s not something that people talk much about.  In some cases if you see a child with both parents and they’re a different color people might make the assumption that they’re adopted, but there are a lot of times that you can’t tell just from looking.  Seeing the diversity of adoptive families will be good for Quinn as he grows up here.”

Music started a group on Facebook, which is up to 27 members. About 20 people, including the kids, showed up for the picnic and had a nice time getting to know each other.  For many it was their first time meeting. 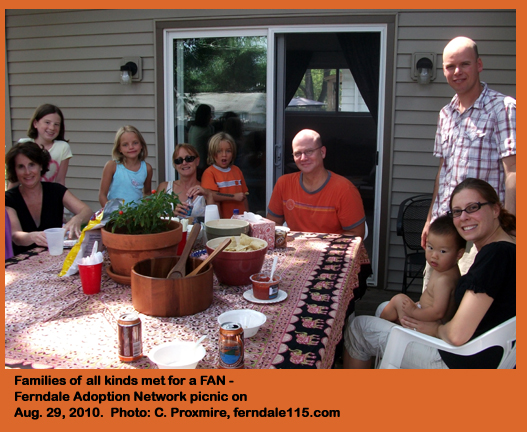 April Murphy, who came with husband Patrick and their newly adopted baby Logan, is helping to organize the second FAN event, a hayride through an apple orchard, ending with cider and donuts.  “It’s going to be really fun.  I hope other parents hear about our group and want to come along,” Murphy said.

For more information on FAN go to their Facebook page, or e mail Julia Music at juliamusic@teacher.com. 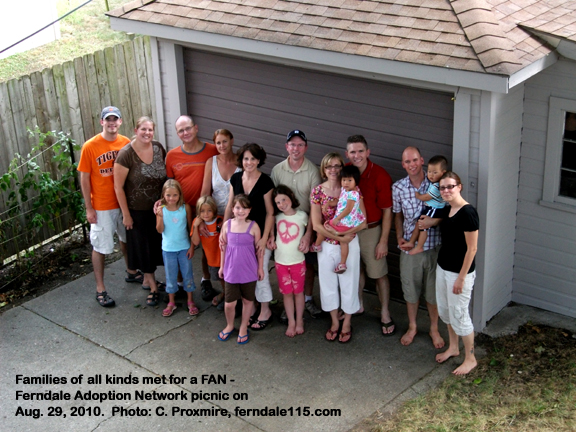