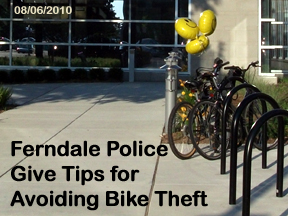 Bicycle thefts are a common summertime problem, but Ferndale Police Chief Timothy Collins says that there are ways to prevent them.  He recommends the following:

Do not leave bicycles unattended in your yard or in places where they are observable from the sidewalk or street.

Do not leave bicycles unlocked in business areas or store parking lots.

Do not leave bicycles in areas (locked or unlocked) for long periods of time.

When locking a bicycle, make sure you are doing it properly (lock the frame and not a removable section of the bicycle such as a front wheel) 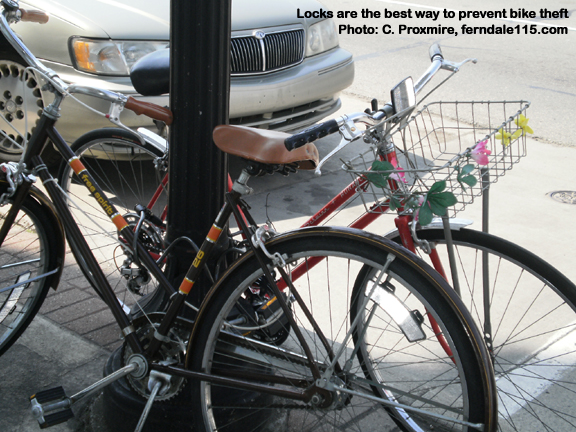 “This is the season for bicycle thefts,” Collins said.  “We did have several in one day this week, however it appears that it was the same person.  This man was caught after stealing his fourth bicycle of the day by the Afternoon Shift. I do not know for sure if they were locked or unlocked, however I would guess that they were unlocked.  Most bicycle thefts involve unlocked bicycles.”

He encourages residents to keep ownership information at home so there is a record of make, model, color and serial number in case of theft.  Noting unusual markings, damage or unique equipment can also help identify bikes that are recovered after a theft.

A bicycle license costs only $1, but the service helps the police department investigate theft cases, and helps them return found bikes to their proper owner.

He also stresses the importance of reporting bicycle thefts.  “If a bicycle is stolen, and we have the make, model and serial number, we can enter this information in the state-wide stolen property system.  If a bicycle is recovered in another jurisdiction, they can call us and return the bicycle to the rightful owner,” Collins said. 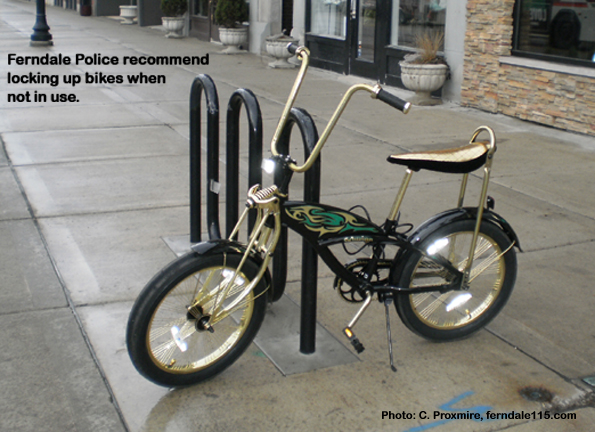