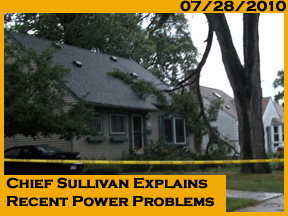 Dangerous downed power lines and power outages have been plaguing the city over the past couple of weeks, with hundreds of residents affected.  While storms are an obvious source of wire damage, Interim Fire Chief Kevin Sullivan says there is more going on than just bad weather.  He spoke at the July 26, 2010 City Council meeting to explain the problem, and what the Fire Department is doing about it.

In Chief Sullivan’s own words:

Two storms we had were wind sheer.  They hit hard and fast and knocked out a lot of power…

In the attempt to repair some of the things that get knocked down, they [Detroit Edison] move power over to other grids.  That power on the other grid was like trying to pump five pounds of dirt into a three pound bad and the wires were overheating and they began to drop.  So Edison then has their bank repairing the grid that’s falling because the other gird isn’t up and running yet.

Edison was very responsible to most of our wire requests – cutting them and making them safe because we don’t have people to sit on them – and getting repairs up as quickly as possible.  The private contractors were a little bit slower, but then again that’s their privatizing and cutting back like everyone else so they’re a little bit slower on their main line repair.

One of them over on Beaufield and I think the one by City Manager Bruner over on Saratoga got up pretty quick, that was a good chunk of electrical conduit through the city.

Most of it people worry about calling Edison on small stuff like their house connection.  That, in a storm, that’s going to be days before that gets done.

They’re gonna look at 70,000 people vs. 100 people.  The 70,000’s gonna be fixed first.  But we just lost power the other day because again the grid is overloaded and somewhere there’s a problem.

Some of this has nothing to do with storms.  A lot of people don’t understand that our infrastructure and power grids are ancient.  And we all have chargeable phones and chargeable computers as well as air conditioning that’s been running ‘cause this has been the longest, hottest rainy weather we’ve had in a long time.  That’s creating a major drain on these systems which is basically overloading them and melting the wires and dropping them to the ground.

I would like to remind everyone about wire safety.

We had a case at a police officer’s house and his family was there and they were just talking.  There’s no weather going on and they’re repairing wires down the road, and a 4800 snapped and landed in between two people standing less than three feet apart.

One brother shoved the sister out of the way, the other brother ran the other way.  The repair connector stayed on the 4800 so it didn’t damage anything electrically, but it could very well have killed them or cut his truck right in half.

And so one of the problems we’re having, especially by the City Manager’s house, is people coming out of the bars and people ignoring barricades and tape.  The wires were on fire and dripping insulation down, and we’re trying to tell people stay out and its like ‘Well I’m a free American, why do I gotta stay out of this area?’

It’s because there’s dripping insulation on fire and the wire could fall and it will cut you in half.  And I really don’t want to have to run into something cuz you chose to be a free American and stand on the side of the danger zone.

So we did have a lot of problems with that.  We’re coming up with a few ideas and different kinds of barriers so we can cut off streets.  We did have to call in the DPS in to bring barricades.

Sullivan said that the Fire Department is going to be doing emergency response training for the Police Auxiliary, so that they can “sit on,” i.e., make sure no one goes near, live wires.  They are also looking into equipment and training that would allow them to cut live wires in emergency situations.

Councilperson Kate Baker recognized Firefighter and union leader Patrick Sheehan, who led a crew on a downed tree on Beaufield.  “He knocked on every door and let people know what was going on,” she said, calling it a service that neighbors appreciated.

Mayor Craig Covey stated that in the W. Breckenridge area he and neighbors had experienced brownouts, and he asked what homeowners should do in the event of a brownout.

Sullivan advised shutting down any air conditioning units, fridges, freezers and anything with compressor motors.  He also said that reducing the use of power can lessen the burden on the system, and prevent brownouts and blackouts.

He also stressed that if wires are down in the neighborhood, to be careful of phones and cable, because sometimes those lines will pick up electric currents from the larger 4800 lines.  Connecting with that can be fatal.

Never touch anything or anyone that is in contact with a downed wire. Call Detroit Edison immediately at 800.477.4747 if you see a wire that is down and not secured.  Even if it looks safe, there can still be dangerous electrical current.  For more wire safety tips go to - http://www.dteenergy.com/residentialCustomers/problemsSafety/safety/electric/electricSafety.html 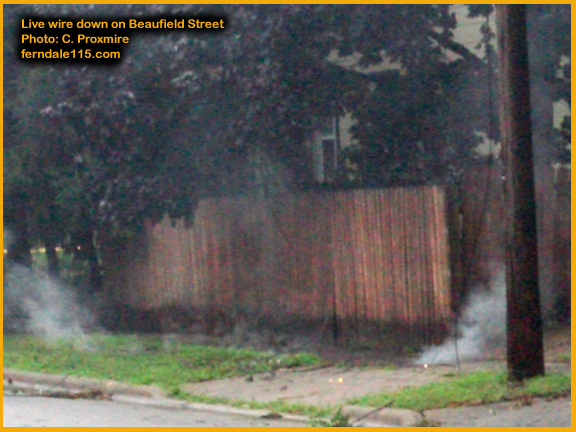 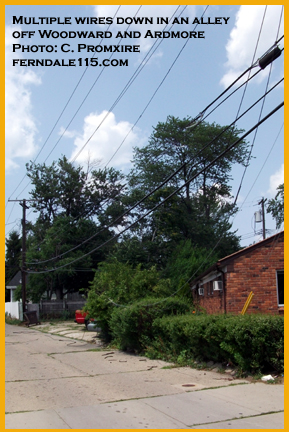 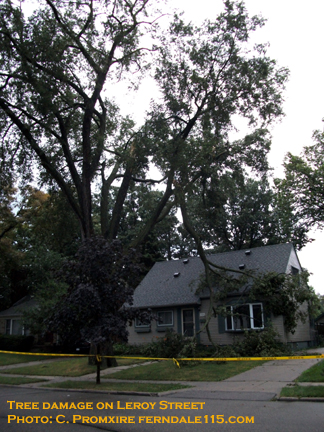 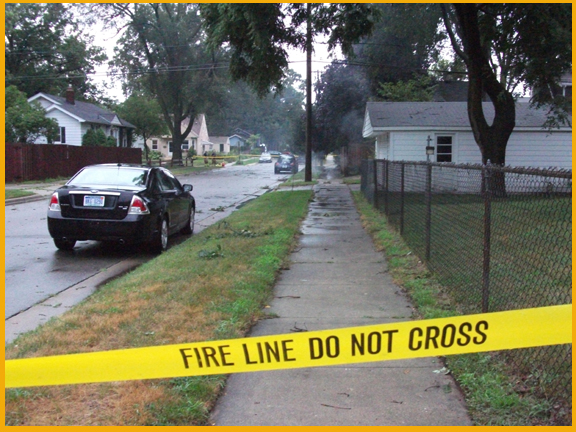