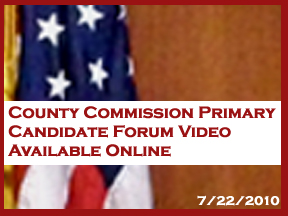 The League of Women Voters hosted a candidate forum for the County Commission candidates of the 25th District on Monday, July 19, 2010 at Ferndale City Hall.  The 25th District consists of Ferndale, Hazel Park and the southern part of Royal Oak.   Dave Coulter, the current commissioner, is leaving the seat to run for State Senate.

Ruel E. Mc. Phereson, who held the seat for 20 years before Coulter, sat with current Ferndale Mayor Craig Covey and former Ferndale Councilperson Tomiko Gumbleton to answer questions posed by audience members. Each candidate will be listed as a Democrat on the ballot for the August 3, 2010 primary election.  Republican Richard Parisi, who is running unopposed in the primary, did not attend although he was invited.

McPhereson spoke about his success in bringing Red Oaks Wave Pool and Red Oaks Golf Course to South Oakland County in his prior administration, and said that one way he will push for fiscal change at the County Level is to look at all departments, consolidate or cooperate where possible, and look for duplication of services.

Gumbleton said that her priority is on stopping home foreclosures, and fostering small business growth with business incubators, programs like Automation Alley, and finding ways to secure federal grant money for programs that encourage such things.

Covey said that public transportation and “Complete Streets,” are a priority, along with using technology to communicate with residents, and fighting urban sprawl.

Many issues were brought up at the forum, which can be viewed in completion on the City of Ferndale website - http://www.ferndale-mi.com/Services/Cable/CityCouncilVideo.htm. For other local political stories, including articles on Covey and Gumbleton done when they announced their candidacy,  check out www.ferndale115.com/politics.html. 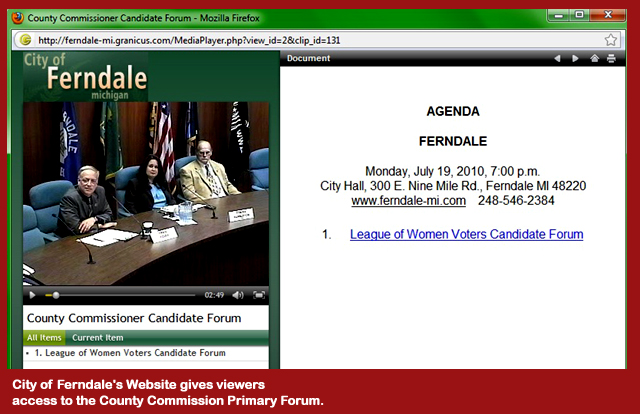