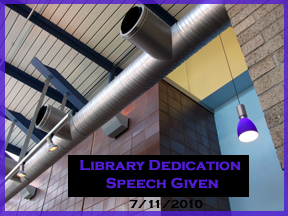 I thought I would start today by sharing some quotes about libraries, why we need them and what they do for a community.

“Perhaps no place in any community is so totally democratic as the town library.  The only entrance requirement is interest.” ~Lady Bird Johnson

“We may sit in our library and yet be in all quarters of the earth.”  ~John Lubbock

“The richest person in the world - in fact all the riches in the world - couldn't provide you with anything like the endless, incredible loot available at your local library.”  ~Malcolm Forbes

“There is not such a cradle of democracy upon the earth as the Free Public Library, this republic of letters, where neither rank, office, nor wealth receives the slightest consideration.”  ~Andrew Carnegie

Many people worked very, very hard for a very long time to make this beautiful library a reality and there are many people to whom we all owe a great deal of gratitude.

As I did at the Groundbreaking, on , I am going to tell the story of how we finally got to this day in chronological order.  I promise not to talk for too long; those of you who know me know that I am not much of a talker.

It started with a campaign to convince the voters to pass a millage so that the city could have a new, state-of-the-art library.  A group was formed - Citizens for a Better Library – with the purpose of getting the millage passed and the three co-chairs who ran that campaign deserve a big thank you.   They are Bridget Deegan-Krause, Kelly Farrah and Aaron Retish.  Thank you so much for all of your hard work

Next I want to thank the voters of Ferndale, for voting, during a recession, to raise their taxes because they valued and believed in having a good  public library in their community. That says so much about what kind of community we are!

Once the voters approved the money, then we needed a design, and we hired an architectural genius to design this building - Seth Penchansky of Penchansky Whisler Architects, and his partner Dan Whisler.  Thank you for your beautiful work.

Once we had the design, we needed a Building Committee to work with

I would also like to thank Richard Scheck, our Construction/Project Manager, who not only did a great job, but who has a wicked sense of humor. If you get a chance to talk to him to today, you might enjoy that.  Thanks also to Ken Karr who was there on site everyday, keeping track of dozens of contractors and what they were doing.

A big thank you to the former members of the board who worked hard while serving on the board and never wavered in their support for building a new library. Those former board members are Dave Coulter, Kevin Deegan-Krause, Tiffani Gagne, Darlene Johnson-Bignotti, Ken Miller and Ken Seawell.

And, of course, the current Library Board members.  I have to start with Mary Ann Neal, who has served on the LB for 18 years and who never took her eyes off the prize but kept working hard and dreaming about someday having a beautiful new library in Ferndale.

The other current board members - Pat Dengate and Jim O’Donnell, who have worked so hard with me in the past three weeks to assist in getting the necessary permits and to plan and carry out today’s events, Sarah Parmelee, our Board Secretary and John Sterritt, our Vice-President.

We should also thank the Ferndale City Council for making us an independent library not dependent on the city’s budget and finances.  At a time when other cities are closing libraries and cutting hours and budgets, we are able to build a new library.  I would like to especially thank those on city council who have supported this project from the beginning, my good friend Scott Galloway, Kate Baker and former City Councilwoman Tomiko Gumbleton.

Thank you so much to the Friends of the Ferndale Library for all of your support and hard work, especially on the Sneak Peek party and fundraiser.

Now to Doug Raber, our Library Director, who had no idea what he was getting

into when he accepted the job, but who has overseen this project as it went

through its many phases over the past two years and who soon can finally set about doing the job he was hired to do – running a library, not building one.

The Library Staff does a tremendous job and they need to be recognized:

And finally, thanks to all of you for coming today.  Enjoy yourselves, come back

often and use this beautiful new public space and community resource, which we are now calling “cool, friendly and free.” 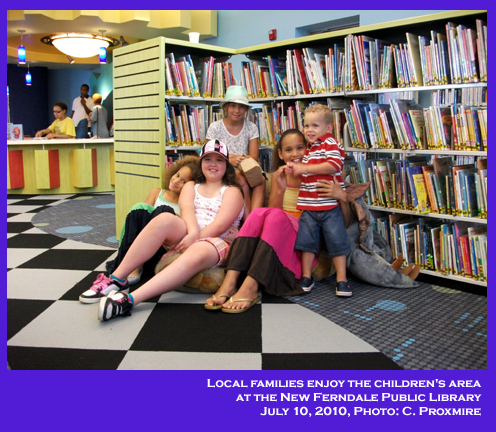 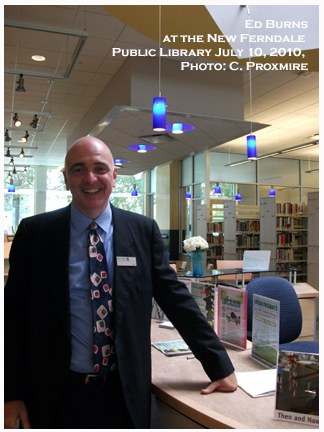 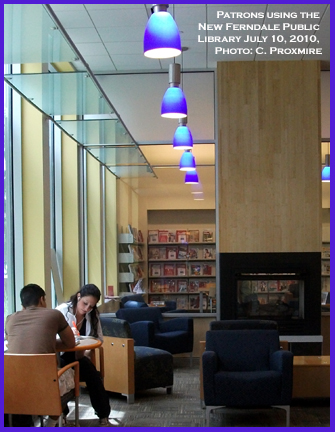 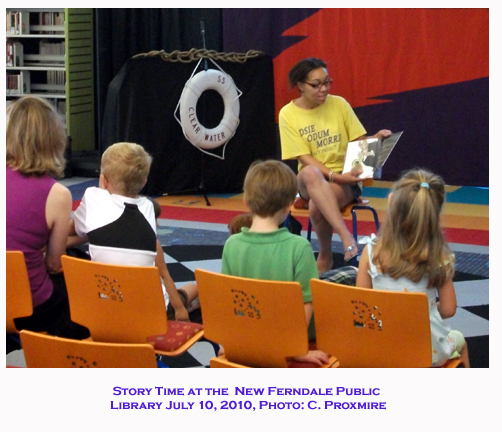 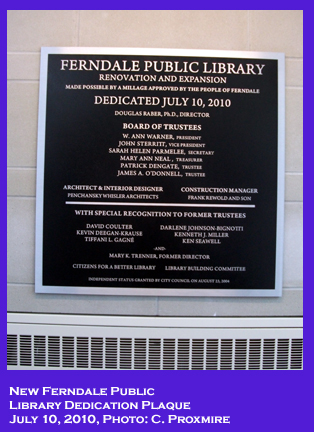 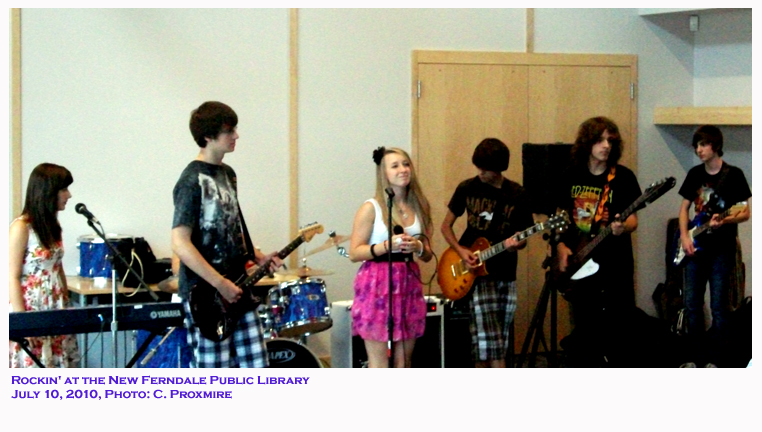 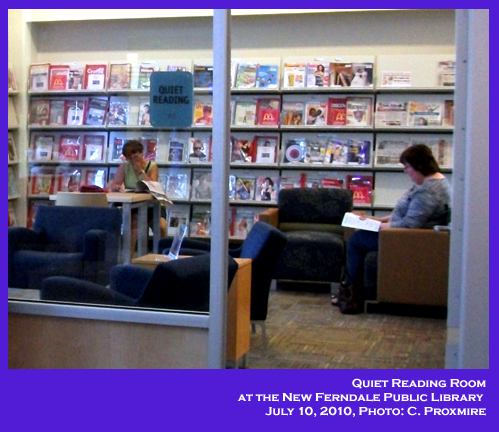 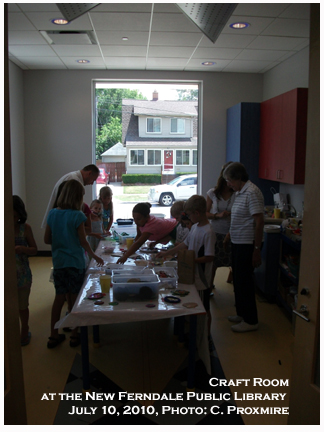 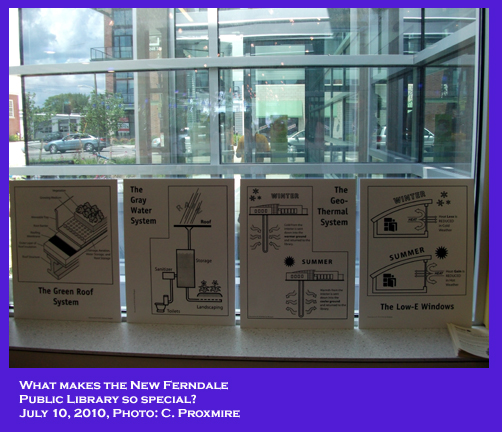 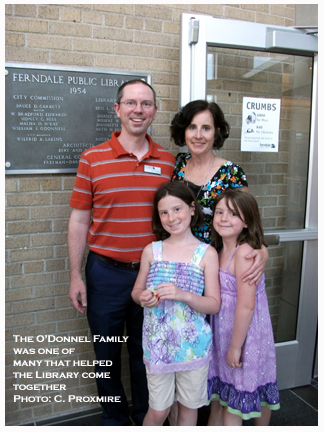 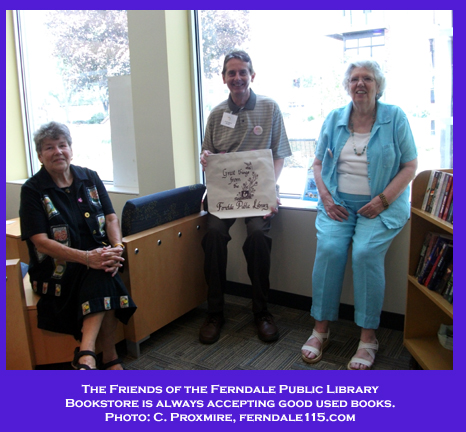 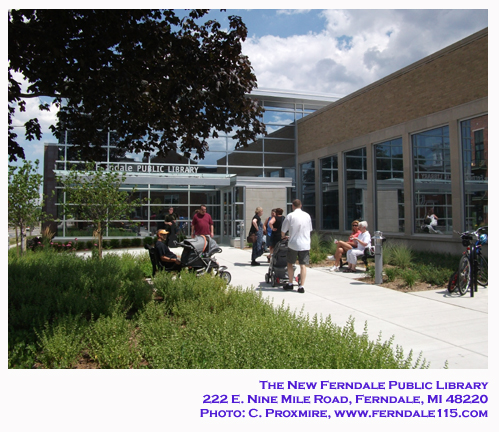