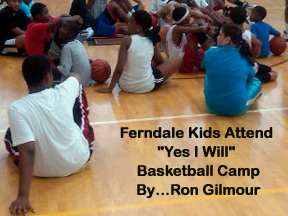 "The name "Yes, I Will" represents the personal belief system that we instill in our campers at the basketball camp. It begins with saying "Yes, I'll Try", moves to "Yes, I Can", then to "Yes, I Will" and finally to "Yes, I AM!" This is a process of cognitive awareness training that can be applied to everything they attempt in life", says camp creator Tom Staton. Yes, the same Tom Staton that starred at Ferndale High and University of Michigan in the 70's. Tom's passion for basketball and kids have culminated in a fabulous camp where kids not only get the benefit of Tom's basketball knowledge, but also his quest to make certain that this generation learn the proper values.

The son of the late Rev. Chester Staton holds firm his Christian beliefs. While not broaching the subject of religion at his camp, he does expect the kids to show respect, and  include daily life lessons that teach abstaining from alcohol, drugs, and tobacco.
"We were very happy with the camp turnout this year. We had more than 60 campers daily ages 6-16, most on camp scholarships provided through the Ferndale Elks. Colonel Bill Black and Ron Gilmour personally sponsored many of our campers in connection with the Elks Hoop Shoot program."

"We really have room for 30 -40 more campers at least. Our next camp this summer where we will provide advanced basketball and life skill training will be July 12-16 at Ferndale High School. If you have a young person interested in being the best, please call Coach Staton, 248-346-5072 or go to http://www.facebook.com/l/940e2qjh7Buq0932k0y6ct3lrpA;www.tomstatonbasketball.com and click on Basketball Camps. Partial scholarships and family discounts are available, but limited."

"Whether you are a basketball novice or a starter on your high school team, our "Yes, I Will" camps can help you to your Higher Altitude!

Having personally been at the camp that ran from June 21-25, I can attest to the fact that if you have a child in that age bracket with an interest in playing the game, get them signed up for this camp. You, and they, will not be disappointed. 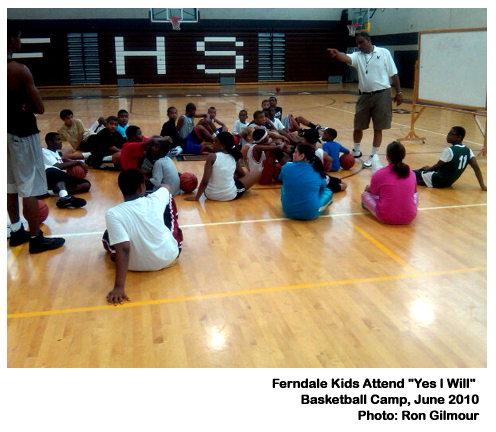