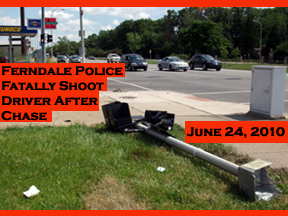 The Following is a press released issued by Lt. William Wilson of the Ferndale Police Department

On Thursday, 06/24/10 at about 1:00 a.m. Ferndale Police were involved in a vehicle chase that ended in a crash and the fatal shooting of the suspect  by police.

During the traffic stop, the officer noticed several bags of suspected marijuana and a large bottle of pills in the glovebox of the Cougar. Latits tried to hide the drugs from the officer’s view, and when the officer told him to stop, Latits drove away at a high rate of speed.

Latits sped southbound on Livernois to 8 Mile, then went eastbound. He drove into the parking lot of Stanley’s Other Place restaurant. He continued to attempt to elude police, then drove over grass onto s.b. Woodward and fled into Detroit. Several Ferndale police cars became involved in the chase.

Lattis drove to Woodward and State Fair, then turned northbound. He lost control of his car. During the chase, Latits’ car collided several times into Ferndale police cars.

Latits’s vehicle crashed at the northeast corner of Woodward and State Fair and knocked down a light pole. Ferndale police surrounded the suspect who responded by driving head on into a patrol car. He then backed up and nearly ran over a police officer who reacted by firing shots at the suspect.

Latits was hit with three rounds. He was arrested on the scene and immediately transported to the hospital by ambulance. He was pronounced dead at 5:40 a.m.

As the case is currently being investigated, no video recordings are available. 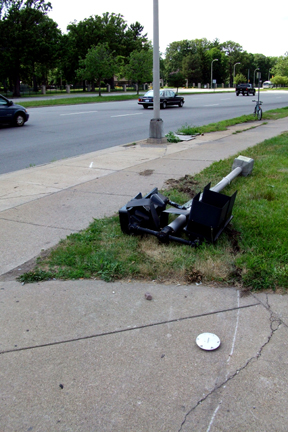 Scrapes in the concrete and the downed pedestrian signal that the driver ran over, also part of the car's hubcap 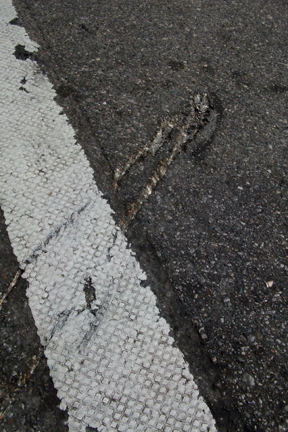 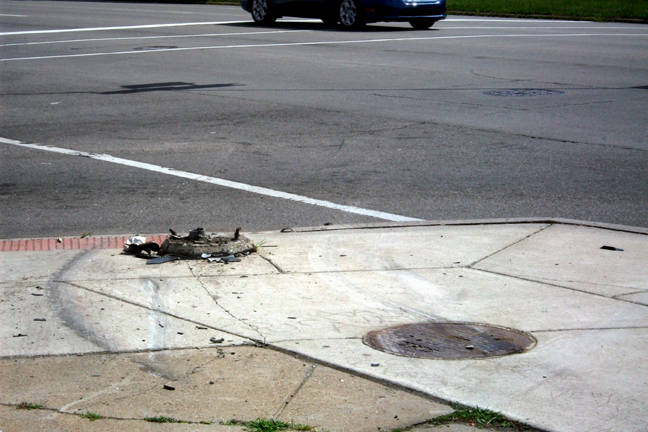 what is left of the base of the pedestrian signal 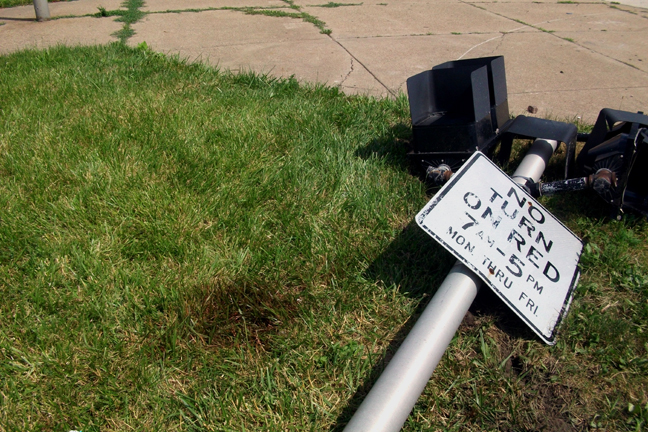 blood at the scene

Additional notes: The above pictures were taken by C. Proxmire on June 24, 2010, 3:30pm at the scene of the shooting. Latit's family has hired a private detective to conduct an investigation into the shooting.