Think of bicycles as rideable art that can just about save the world. ~Grant Petersen

The bicycle, the bicycle surely, should always be the vehicle of novelists and poets. ~Christopher Morley

Ferndale's Defying The Law Bicycle Club is a firm believer in both of those sentiments. In fact, since not only can I not resist, but I am a member myself, we also like to recite:

When I see an adult on a bicycle, I do not despair for the future of the human race. ~H.G. Wells


The simple premise - spurring communal camaraderie through the simple act of weekend afternoon rides through the city (and a few dips into it's neighbors and satellites) by patronizing pilgrimages to local independent businesses or events - be they new bakeries, new farmer's markets, local sporting events or, often, down the side streets to many-a'-garage sale!

Assembling their friends, just over a dozen or so at first, they'd gather at each other's houses - "floating meeting places" at "high noon" on a weekend - spray paint logos onto their shirts..... and ride!.... And to ride together... -embracing the "sometimes confrontational" philosophy of "Critical Mass" (born in San Francisco but now accepted worldwide as a bike-riders-rights-advocating activity/movement!) 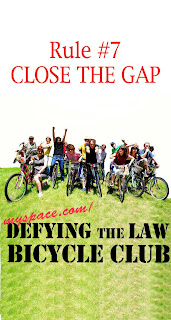 A few key-rules...
7. Close The Gap
17. Do not let motor vehicles break up or divide the group.
18. Being more "gangly" is always encouraged.

-Find them/stay up to date - via their facebook page

The first ride is next Saturday, May 8 - for directions, click here 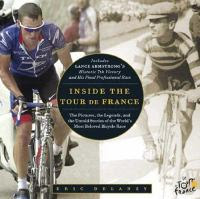 Inside the Tour de France : the pictures, the legends, and the untold stories of the world's most beloved bicycle race --> Delanzy, Eric.

"...With rare access to the remarkable photo archive of the Tour de France, this volume captures through stunning images and moving vignettes the breathtaking drama, heartbreak, and joy of the worldâ€™s most captivating cycling event. Few sporting events can match the splendor and spectacle of the Tour de Franceâ€”as teams of cyclists gather each July in quest of the coveted yellow jersey, ready to take on the 23-day chase through the French countryside lined with millions of spectators, and the winding and steep climbs and harrowing descents of the mountainous peaks of the Pyrennees and Alps..."

(Available through our site - from Livonia-- Bike touring : the Sierra Club guide to travel on two wheels --> Bridge, Raymond. 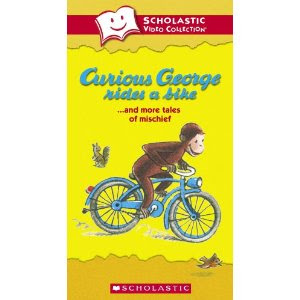 
Jeff Milo is a freelance reporter covering the metro Detroit arts community and a circulation specialist for the Ferndale Public Library.
The Community Cognoscenti - or Comm-Cog-Blog - is a satellite Web site under the Ferndale Library's main site - covering the cultural/community news of the Ferndale area, from music, to art, to nonprofit work - and tying it all back to the unique offerings available at the library while also updating the public on new events and programs featured at the library.