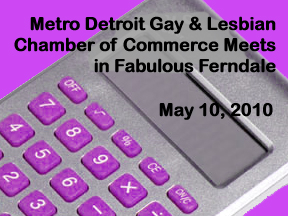 “We must all band together.”

That was the reason given by Metro Detroit Gay & Lesbian Chamber of Commerce (MDGLCC) founder Eric Licht for creating the business networking and promotion group specifically geared towards LGBT business owners and allies.

Licht, who is a realtor with Remax New Trend of Farmington Hills, got the idea two years ago when talking with other gay businesspeople about the problems of trying to network within the “bar scene.”

“I had decided way back then that there was not enough cooperation among the bars and retail store owners.  In order for all of us to survive the changes that we had already been experiencing, as well as the new challenges yet to come, that we must all band together,” he said.

Colleagues urged him on, and Licht began reaching out to proprietors in the community.  After several informal meetings, the group officially formed in late 2008 when they became part of The National Gay and Lesbian Chamber of Commerce.  They are now approaching 20 members, including Just 4 Us, Paramount Bank, Meefers, Sing Out Detroit and Lenny’s Copy Center.

The MDGLCC is planning networking events for July and August.  In the meantime Licht and others on the Board are busily trying to recruit other LGBT businesses to get involved.  “Because we’re still a fledgling organization we are focusing on getting people together, and then we will see what direction everyone wants to go in,” Licht said.  “We’re also talking to other Chambers to see what we can learn from them and what partnerships we can form.” 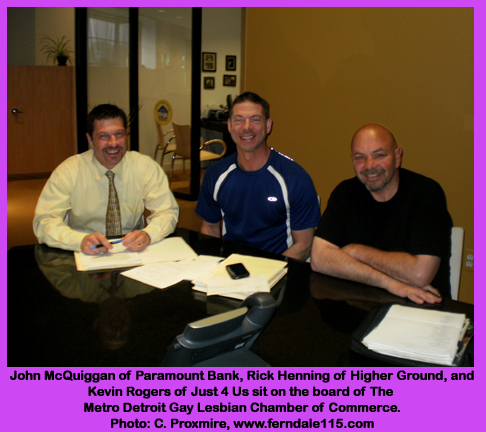 Rick Henning, President and CEO of Higher Ground, said “I joined the Chamber to help bring the community together instead of everyone pulling away from each other.  I would like to see the Chamber explode with all the like-minded people and organizations coming together as one.”

The Metro Detroit Gay & Lesbian Chamber of Commerce meets at Paramount Bank in Ferndale.  For more information on the group go to:  www.mdglcc.org.